León, that great kingdom between cultures, has this year the opportunity to make its culinary baggage known to the world. This 2018 gives it the title of Spanish Capital of Gastronomy. And among its specialities are the frogs’ legs.

For many travelers, León stands out as an ideal city to make a “Tapas route”. The “Barrio Húmedo” is an area of the old part of the city, to the right of the Calle Ancha and the Cathedral, where most of the places are bars, taverns or similar establishments. There is even a bar that you enter from another bar…!

If you plan to go for tapas in León, you should know that they are free and an obligation for any taverner. And as it is a tradition, the locals have been gradually specializing. One of the most emblematic corners of the “Barrio Húmedo” is the Plaza de San Martín, where the headquarters and zero zone of the Spanish Gastronomy Capital is located, surrounded by many of the most visited bars and places in the “Barrio Húmedo”.

The Romantic neighborhood begins on Calle Ancha, following Calle del Cid to the collegiate church of San Isidoro and the streets above. Several places are being recovered with a very Slow Food and quality style.

The “Barrio de Eras”, is relatively new and is next to the MUSAC.

León has an impeccable hospitality sector. Respect for tradition, professionalism and distinction. A wide range of recipes that mixes the nuances of the province and delights us with dishes such as cocido maragato, botillo and, of course, frog legs.

It consists of soup, cabbage, chickpeas and a combination of seven meats. Its essential peculiarity is that the soup is served at the end.

Substantial dish that does not understand many protocols is served accompanied by a good garnish of cabbage and potato. Since 1972, Bembibre has been extolling the excellence of this sausage at the Festival Nacional de Exaltación del Botillo in February. The production process takes place in different stages over five days.

The Picadillo de León is characterized by its intense paprika flavor and spicy finish. It is a typical dish from the slaughtering period but, fortunately, you can taste for most of the year. Result of the marinade of the recently elaborated chorizo, the meat that composes it is chopped of thick form.

León enjoys and takes to the heights a simple recipe that requires top-quality lamb and onion, garlic, parsley, white wine and paprika.

Nothing like coping with the rigors of winter with a hot soup with trout, carries, bread and paprika.

Considering the tradition the “garlic soups” had a humble origin, linked to stages of fasting and abstinence. Recipes circulate in every house. The idea is to use the waste bread in an ingenious and consistent dish to replace the meat. It was a lunch that protected and soothed the stomachs with irritated mucosa and that thanks to the properties of garlic reinforced the defenses against the dreaded flu. Also at dawn on cold mornings they had to get up because they expected a hard day’s work in the field, the “garlic soups” then provided the energy needed to continue with the hard work.

Valencia de Don Juan brings to the menu of this province the battalion, a potato stew with different meats. Another version called paving is a battalion with rice.

There are various recipes in different parts of the province: A La Leonesa, with the outstanding recipe of Maruja Ramos, a la Bañezana with a wide variety of versions, a la Berciana …and many more. Most of the preparations include tomato, paprika, garlic, pepper and chilli pepper, although each version seeks its secret differentiation.

In addition, a tourist delicacy

The capital city, León, has some of the most spectacular monuments in Spain: the Gothic Cathedral with the most beautiful stained glass windows in Europe; the Romanesque frescos of the Collegiate Church of San Isidoro, known as the Sistine Romanesque chapel; and the most impressive plateresque front, the Hospital de San Marcos. It is enchanting to lose oneself in the framework of the historic quarter and the old jewish quarter, a place full of magic, not in vain, received the European prize for the rehabilitation of the historic quarter in 2002. Discover traditional houses with their large windows, cozy cafes and curious shops. Among its narrow streets, three squares stand out. The Plaza Mayor, with its porticos and the old town hall building, the Plaza de las Palomas, with its singular buildings and, finally, the Plaza del Mercado, popularly known as the Plaza del Grano, which is the one that most faithfully preserves its medieval charm and where the pilgrims’ hostel is located.

Architecturally noteworthy are the palace of Count Luna, recently restored, the Guzmanes, headquarters of the Provincial Council, and the Jabalquinto, occupied by different craft workshops.

We encourage you to visit the Gardens of the Countess and the Papalaguinda promenade, following the Bernesga river that crosses the city. For lovers of contemporary art, León holds pleasant surprises: the MUSAC.

In León you will find one of Gaudí’s few buildings outside Catalonia, the Casa Botines. It was commissioned by a family with Catalan roots, and it currently hosts exhibitions and cultural activities. In the square in front of the main entrance, you will find a sculpture of the architect sitting on a bench, looking at his work.

You know this year, León is an essential destination… come and discover it and taste it! 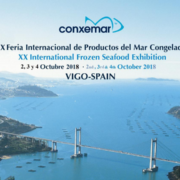 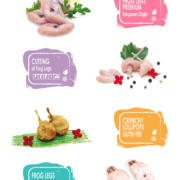 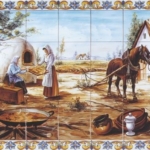 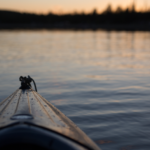